From the 6th century, the kings of Austrasia built their residence, Isenbourg Castle, there. In 662 Dagobert II offered the town as a gift to Arbogast, the Bishop of Strasbourg who saved his son, Prince Sigebert. Fortified in the 12th century, then ravaged by the Duke of Alsace’s army, the town was developed thanks to the Teutonic Order that installed its Alsace-Burgundy commandery there, and thanks to the notoriety of the Latin school of the Récollets Convent.

On Easter Sunday in 1106, during a stay at the Isenbourg Castle, the Germanic emperor held captive a beautiful damsel of the city. Her mother urged the menfolk of Rouffach to snatch her daughter back from her prestigious jailer. She was finally released by women, armed with pitchforks, who since that day were granted the privilege of occupying the right wing of the Notre-Dame de l’Assomption church , traditionally reserved for men.

The Witches’ Tower on the old ramparts, the Récollets Church and its very sober architecture, the incredible Notre-Dame de l’Assomption church uniting the Romanesque and Gothic style and the sumptuous Renaissance buildings of the old market hall and town hall. 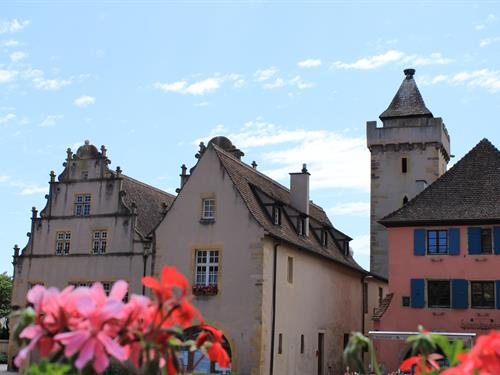 Rouffach, city of the Renaissance 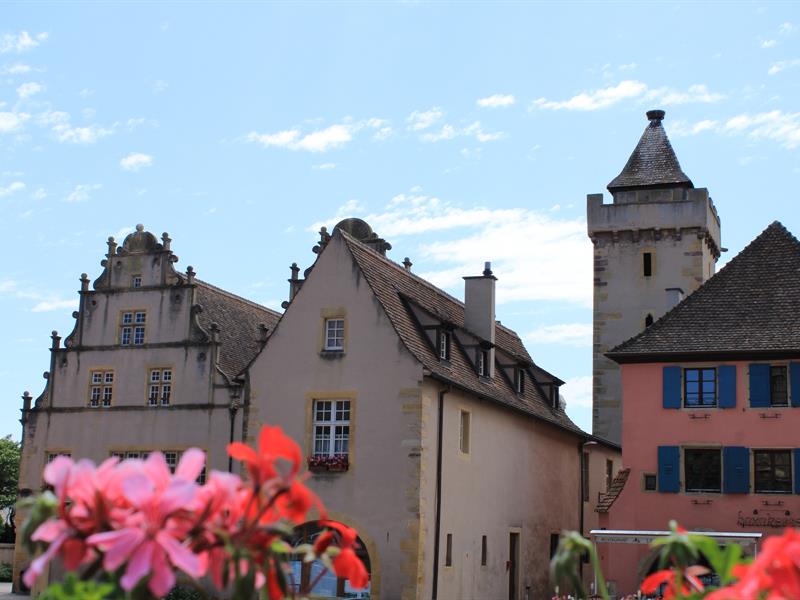 Rouffach, city of the Renaissance

Geocaching is a real-world, outdoor treasure hunting game using GPS-enabled devices. Participants navigate to a specific set of GPS coordinates and then attempt to find the geocache (container) hidden at that location.

The three castle keeps outlined against Schlossberg Hill overlook Eguisheim and the Alsace plain at an altitude of 591m.

Built against a natural mountain terrace rising to an altitude of 620 m, the Hohlandsbourg wall-walk offers a amazing 360°...