Around 1110, Agnes de Bar-Langenstein became the second wife of Hermann II of Salm, which brought the castle into the fold of the Counts of Salm. They would undoubtedly have been at the origin of the castle’s reconstruction relating to the vestiges of the keep that is still visible today. This would probably have been built in the 12th century.

It was Henri 1st, second son of Agnes and Hermann, who would have had a well 3 metres wide and at least 33 metres deep bored directly into the sandstone. The Langenstein name gradually disappeared in favour of ‘Petra Perceia’, Pierre Percée. The Salm Family owned the site until it was abandoned, but resided there very little. The castle was dismantled by Richelieu’s army at the start of the Thirty Years’War.

The vestiges of this castle sit on a Vosges sandstone platform 130 m long and 18 m wide. They offer an unmissable view of Pierre Percée Lake and its hydroelectric dam. 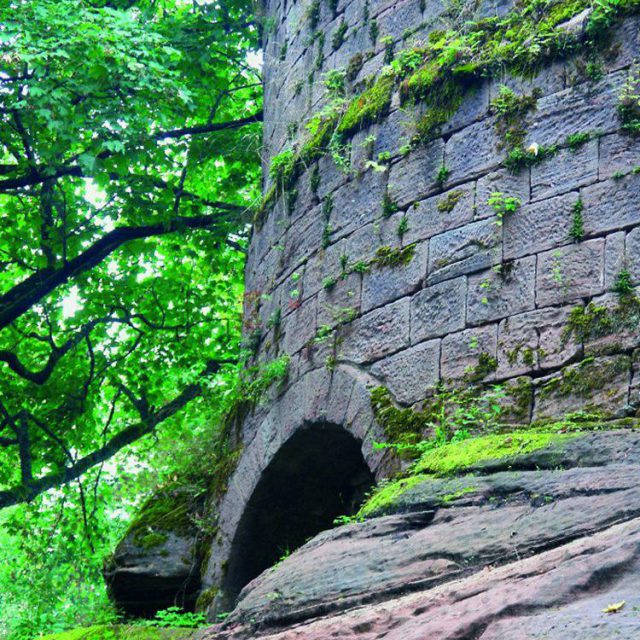 Sitting imposingly at an altitude of over 800 m in a splendid forest setting in the upper Bruche valley, the...