Hunawihr owes its name to the holy washerwoman, Huna, who would have lived there in the 600s with her husband, the Lord of the Hunon Francs. Despite her status, this lady placed herself at the service of the poor, going so far as to wash their clothes herself, hence her nickname. For centuries, the church served as a keep where locals could take refuge in the event of an attack. This did not prevent the destruction of the estate by the Colmarians in 1291, nor the successive misfortunes of the Peasants’ War (1525) and the Thirty Years’ War (a century later). The quality of its wine is still the source of prosperity today.

One day, when the Hunawihr winemakers were unable to gather the harvest, Saint Hune performed a miracle by making wine flow from the fountain, which has since borne his name. In the 1520s, the village was an important place of pilgrimage, before protestants dispersed the relics of the saint two decades later.

Overlooking the village, in the middle of the vineyard, its 15th century Saint-Jacques-le-Majeur church, surrounded by a fortified cemetery, make Hunawihr an icon of the remarkable Alsatian landscape. On the facade of the town hall is a remarkably well-preserved crest from 1517. The winemakers' houses dating from the 16th to the 18th century are also worth a visit, and why not a tasting break for the wine lovers! 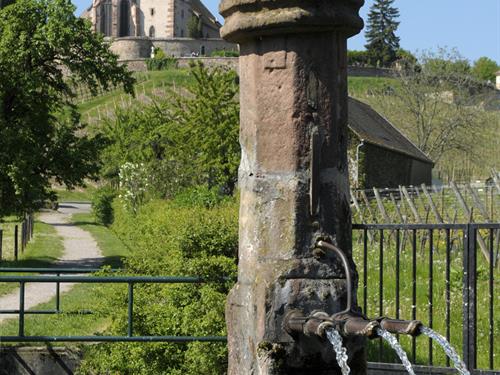 Located on the Alsace Wine Route, Hunawihr is a typical Alsace village set against a background of vineyards. Overlooking the... 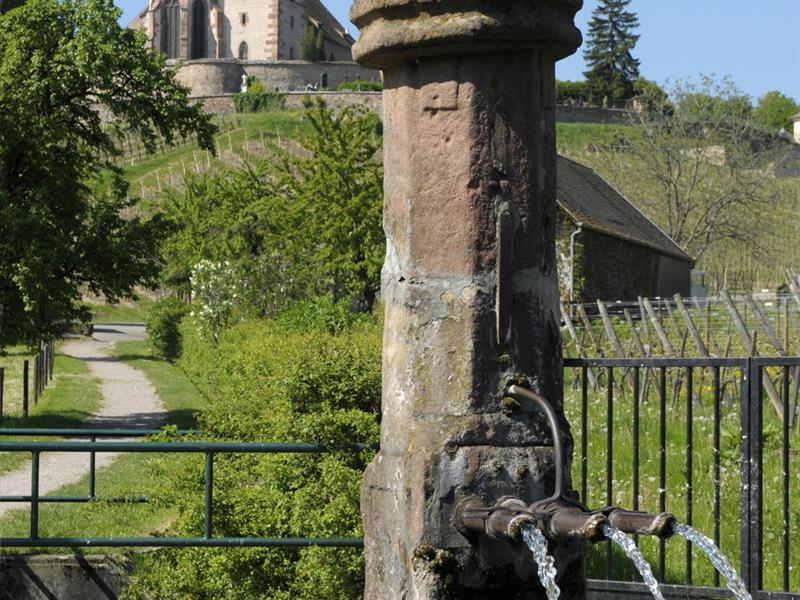 Located on the Alsace Wine Route, Hunawihr is a typical Alsace village set against a background of vineyards. Overlooking the village, the church of Saint-Jacques-le-Majeur (15th-16th centuries), surrounded with its walled cemetery, preserves an environment which remains intact and provides the perfect setting for this exceptional whole. The village consists of winegrower houses with their gable ends stretching out over the street. Most of these houses were built in the 16th to the 18th centuries (although there are a few dating back to the 15th century). In these houses, the stone-built ground floor served as a storeroom while the upper floor, usually timber-framed, was the dwelling. This landscape and architectural heritage makes Hunawihr one of the ”Most Beautiful Villages in France” (Plus Beaux Villages de France) . A little history... As legend would have it, Hunawihr was founded in the 7th century by Hunon and his wife Hune to whom Hunawihr owes its name. Hunon left the village to the Saint-Dié monastery in the Vosges. During the 13th century, Hunawihr formed part of the lands of the Lord of Riquewihr*, owned by the Bishops of Strasbourg who had granted it as a fiefdom to the lords of Horbourg*. In about 1324, the counts of Horbourg* sold their assets to the Count Ulrich of Wurttemberg*, their cousin. In 1397, count Eberhard II of Wurttemberg*, through his marriage to the heiress to the county of Montbéliard, enabled the powerful counts of Wurttemberg-Montbéliard* to remain owners of the Riquewihr seigneurie up until the French Revolution. The county of Wurttemberg was elevated to the rank of Duchy in 1495. On the 15th April 1520, the village church was designated as a pilgrim centre at the behest of Duke Ulrich VIII of Wurttemberg*, responding to a request from his subjects who sought to show their devotion to Hune. Hune was raised to the rank of saint because of her work with the poor (the legend tells us that Saint Hune would wash the clothes of the poor in the fountain that bears her name. She has also been attributed with miracles such as causing the fountain to spout wine during a bad grape harvest year). The church of Saint-Jacques-le-Majeur in Hunawihr became a pilgrimage centre focusing on the relics of Saint Hune which were then kept in the church’s crypt. In 1534, Georges of Wurttemberg* introduced the Protestant religion into Hunawihr. Initially, the village followed the Zwingli (Swiss) inspired Reformation promoted by father Nicolas Koenig who had become a pastor (this pastor significantly helped propagate this movement to neighbouring villages). Georges of Wurttemberg’s successor imposed the Lutheran religion in 1559. In 1687, under Louis XIV, it again became possible to be a practicing Catholic in Hunawihr: the simultaneum was put in place and, to this day, the church is still in dual use by both the Protestant and Catholic communities. * lord(s) of the Holy German Roman Empire. 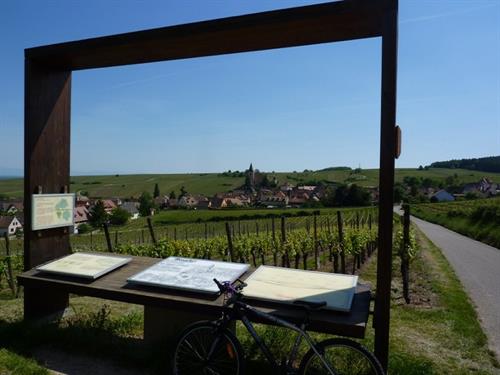 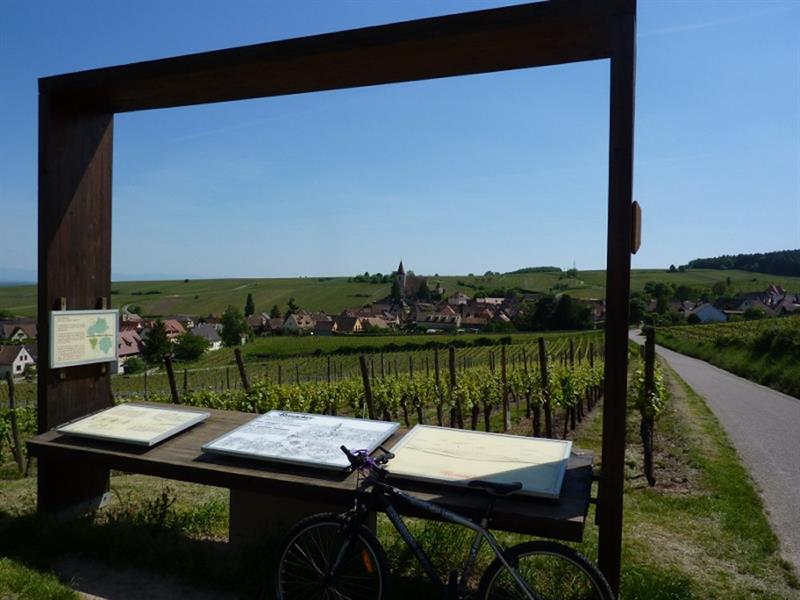 Self-guided Tour via informative signs. Guided tours during the summer. Guided tours in JULY and AUGUST, monday to friday at 5pm. Followed by a wine cellar visit. Is part of the intercommunal trail "Les Perles du Vignoble"

Jealously guarding its grands crus vineyard, architectural treasures and pretty gardens, the audacious Bergheim has no reason to be envious...