Built illegally around 1260, at the time of the Great Interregnum (period when there was no emperor), it reflects the power struggles between its probable builder, Albrecht Wissebeger, Burgomaster of Strasbourg and enfeoffed to the bishop of this city, and the supporters of the Emperor. The latter finally won and Rodolphe de Habsbourg entrusted it from 1289 to Burkhard Beger whose family would keep it until 1532. The castle, ruined after the Thirty Years’ War, was no longer inhabited beyond the 1550s. Today it is owned by the town of Obernai.

Having no strategic value, the construction of Birkenfels Castle can only be explained initially by the desire of the Beger Family to secure its much desired membership of the nobility in return for the annual payment of a pound of wax to the city of Obernai. Its last offspring died in a duel in 1532.

Its unfinished pentagonal-shaped keep, its impressive main residential chamber over three levels with loopholes in niches and large bays with multiple windows set into it; the closeness to Kagenfels Castle, accessible in forty minutes on foot by following the Fortified Castles’ Trail. 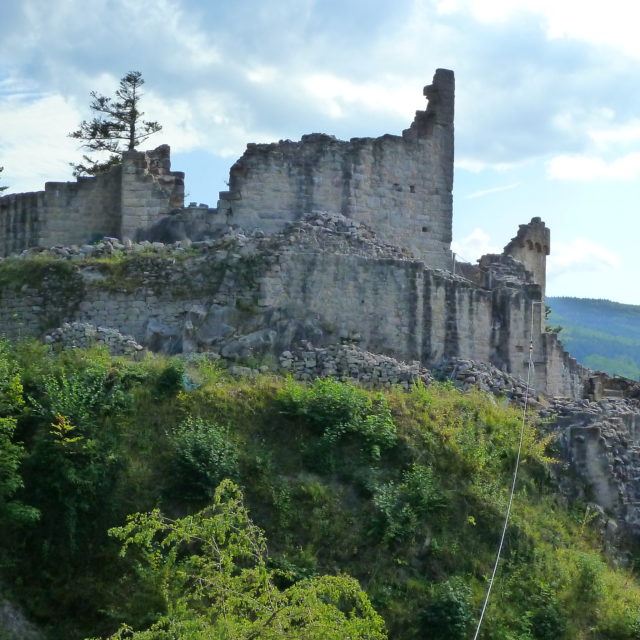 Perched at an altitude of 677 m in the heart of the Obernai and Bernardswiller forests, the castle is located...

United on the Elsberg plateau at an altitude of almost 500 m, in the heart of a lush forest, Rathsamhausen...