Built around 1264 by the Lords of Andlau, knights of the Holy Roman Empire of the German Nation, the castle was relatively spared during the Thirty Years’ War. Confiscated as national property during the Revolution, it was sold in 1796 to a merchant who, from 1806, sold the castle piece by piece in an act of general indifference. In 1818, the Andlau Family bought it back in order to save the vestiges. Painstaking work is currently pursued by the Association of the Friends of Andlau Castle ‘Les Amis du château d’Andlau’.

One day in May 1438, an Obernai squire named bailiff of the castle refused to pay the departure tax owed to his city. City soldiers besieged the castle, arousing the wrath of the Andlau lords who took offence at these methods in a letter: “… those of Obernai surprised the castle by night, bearing arms and dared to stab the squire and his wife. ”

The imposing polygonal-shaped fortress is flanked at its ends by two circular towers, between which there is a bright residential chamber, with multiple gothic arch windows set in it. 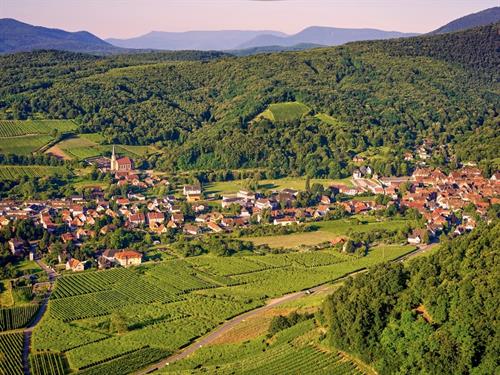 This wine-growing town and gastronomic centre possesses a remarkable architectural heritage such as the Saint Richarde’s abbey, the Spesbourg and Haut-Andlau... 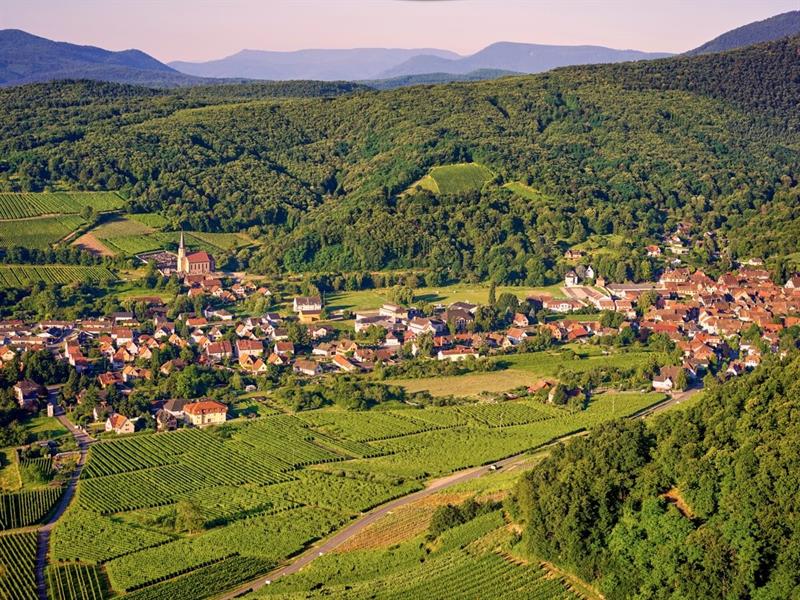 This wine-growing town and gastronomic centre possesses a remarkable architectural heritage such as the Saint Richarde’s abbey, the Spesbourg and Haut-Andlau castles or “Les Ateliers de la Seigneurie” the new Heritage Interpretation Centre of the Barr and Bernstein area situated in a historical house.

Perched at an altitude of 451 m on a sheer granite slope overlooking the Andlau valley, the ruins of Spesburg...

Encamped on a granite spur at an altitude of 590 meters, this elegant castle, located not far from Haut-Andlau and...