As mentioned in an act of sale in 778, the city was burnt down and rebuilt around 1132. In the 13th century, the Hohenstauffen dynasty ensured its suzerainty by raising it to the rank of city. Rosheim joined the alliance of the ten free Alsatian cities of the Decapolis, and in the 14th century, it obtained the right to erect fortifications to protect the property of the powerful guilds of craftsmen, who prospered until the 18th century.

Upon the death of his ally, the Duke of Lorraine, Emperor Frederick II resumed his property and his rights in Rosheim. Feeling aggrieved, the duke's heir sent his soldiers, who began by visiting the cellars of the city. Defeated through drunkenness, they were caught without resisting by the defenders of the city during this most expeditious ‘cellar war’.

The impressive gates and towers of the city ramparts open onto gems of Romanesque art, such as the elegant yellow-sandstone Romanesque church, masterpiece of Lombardo-Rhenish art, and the exceptional Romanesque House dating from 1154. 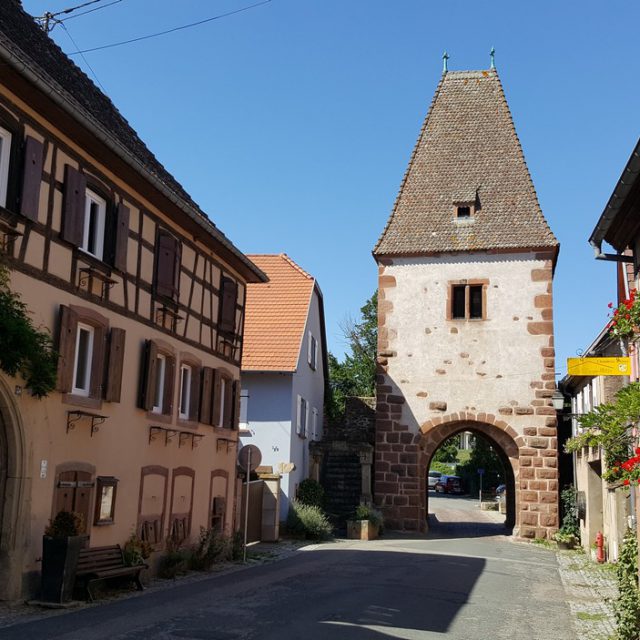 A small secluded town located on the Wine Route, at the foot of Mont Sainte-Odile, the medieval Boersch is well...