The castle was built around 1162 by the Hohnack Family, vassal of the Counts of Eguisheim-Dabo. It was returned, as an inheritance, to the Counts of Ferrette in 1279 before being taken by the Ribeaupierres. It was then the turn of the French governor at Place de Colmar to help himself to the castle, and he had it dismantled in 1655. The ruin would serve as a stone quarry before being abandoned.

The castle’s mountain range was filled with legends: here, a rocky mass formed a mysterious labyrinth which was said to be the tomb of the Vosges giant; and there, fairies are said to have dug pretty ‘cupules’ in the stones — small cup-shaped cavities whose precise origin is unknown, and which sparkle a thousand reflections of the rainwater they contain.

The enclosure wall, constructed of solid boss stones and with gunboats set into it; a gate tower, formerly equipped with a drawbridge; some parts still bear marks left by workmen, signature of the stonemasons of the Middle Ages. 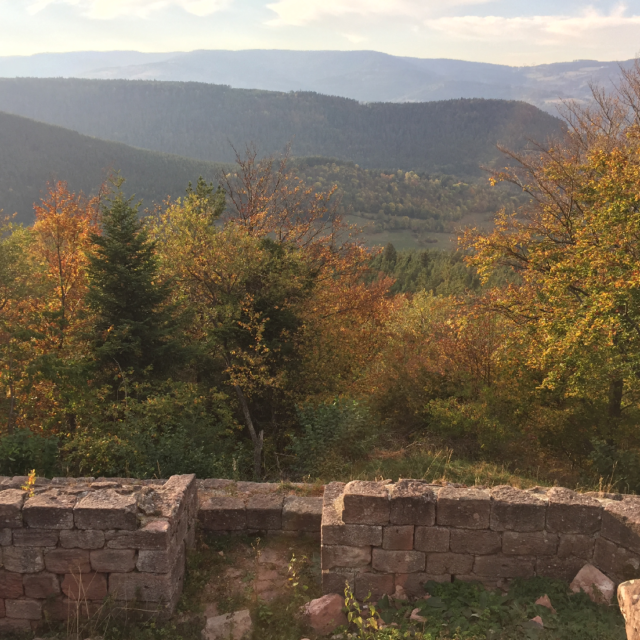 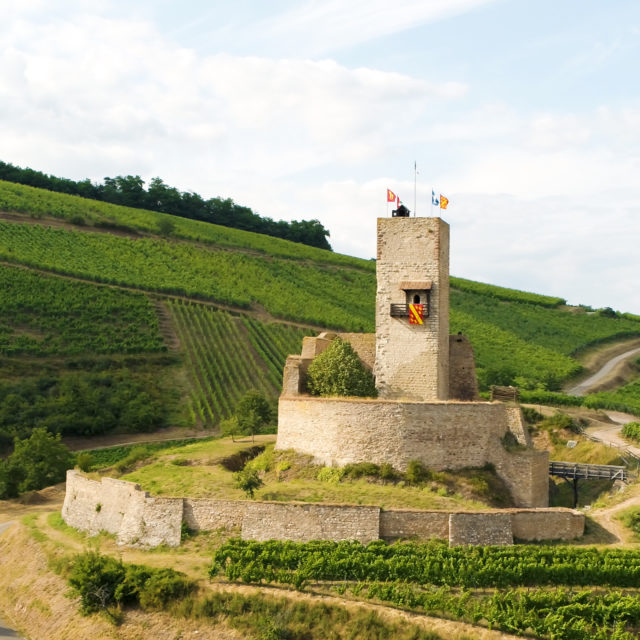 Its robust cylindrical keep erected in the vineyard of the illustrious city of Kayserberg, overlooks the Weiss Valley and the...