The castle is mentioned for the first time in 1174, when the task of guarding it was entrusted to the Lords of Fleckenstein. Transformed over time into an impregnable bastion, it would house the descendants of Gottfried de Fleckenstein for six centuries. Until guns got the better of it in the 17th century, when it opened its gates to the soldiers of Louis XIV.

As large as it was, Fleckenstein Castle had one weakness: no water supply nearby. The baron, lord of the castle, had tried everything to remedy this, but in vain, until an unknown person proposed to dig a well. The unknown person would turn out to be the devil, ready to drag our lord of the castle to the bottom of the well and into the flames of hell. Some prayers said by the baron finally got the better of Satan, who plunged alone into the abyss as the water rose to finally feed the castle.

Its extraordinary dimensions, the immense sandstone rock on which it rests, its staircases and troglodyte rooms dug into the 240-million-year-old rock and via which you gain its summit. 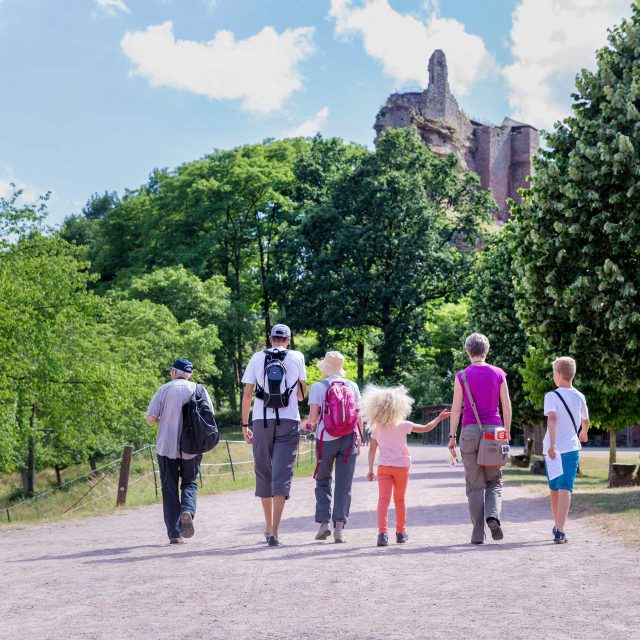 Secured on its sandstone cliff at an altitude of over 300 m, the intriguing troglodyte ruin of Froensbourg, resembling a...