A specific and easily recognisable hiking route was created on the initiative of the Alsace Fortified Castles’ Association ‘Châteaux forts d’Alsace’. Yes, Alsace is certainly a land of fortified castles.

Intended for the public, this trail, running along a line parallel to the Vosges and the Rhine, links together almost all of the fortified castles spread out from the north to the south of Alsace, and a few in Moselle too.

Eighty castles awaiting you on this 450 km-long trail. Twenty-six stages of 18 km each on average, make it possible to link them up. The trail also shares five stages with the GR5/GR53, enabling forays into Moselle and some meeting points with the Chemin de Compostelle pilgrim route.

Thanks to the involvement of the Vosges Club, which has marked out the trails (1,500 waymarking signs!) and maintains them along their entire length, you can just follow the little red castle signs to calmly explore the region’s castral treasure.

Also, to prepare your trip or gather information, two guides have been published in connection with the circuit:

Fancy exploring one of the twenty-six stages of the Fortified Castles’ Trail? From 6th April to 1st May, choose a starting point and join up with other walkers for the next castle.

All information and the castle stages here. 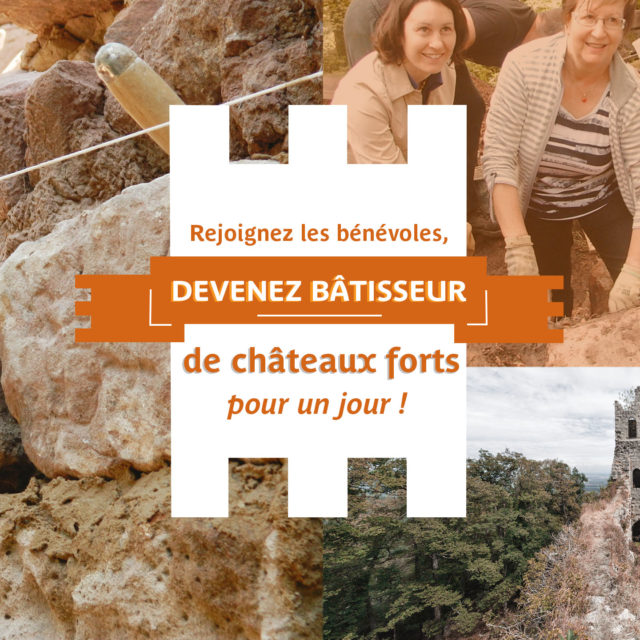