In 1029, the old Gallo-Roman site of Tambactum passed into the hands of the Bishop of Strasbourg, who gradually transformed it into a fortified town. Six burgomasters directed the different districts of one city which then prospered thanks to the production and trading of wine. Its fortified enclosure would undergo many assaults: the Armagnacs in 1444, the peasants rebelled in 1525, the Swedish troops during the Thirty Years’ War and the troubles of the French Revolution.

The ‘Fontaine de l’Ours’(Bear Fountain), an emblematic animal of the city, evokes the history of the city and viticulture. In times past, a child driven by famine ventured deep into the forest. There he discovered a bear feasting on large juicy berries. Won over by the sweetness of the fruit, the men hunted the animal and, since then, have cultivated the vine of this beautiful sunny region.

Its fortified enclosure and three imposing gate towers, its numerous cellars and timber-framed vineyard houses, its synagogue transformed into a cultural space, its Frankstein grand cru, famous Labonal sock factory and the nearby Bernstein castle. 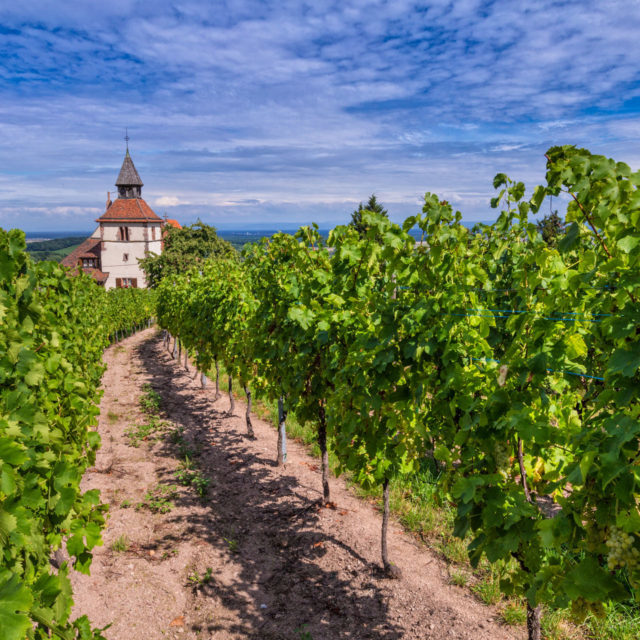 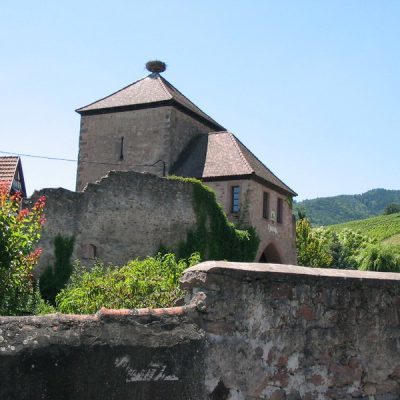 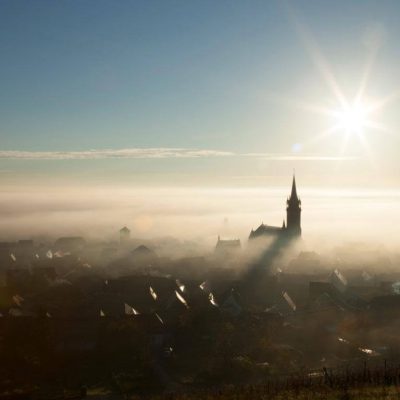 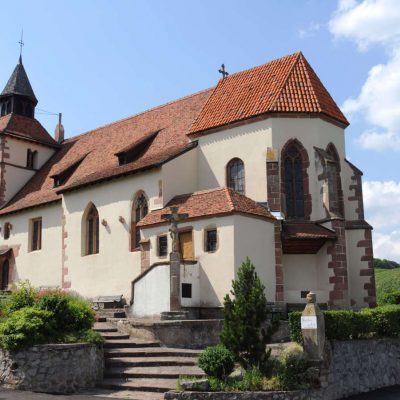 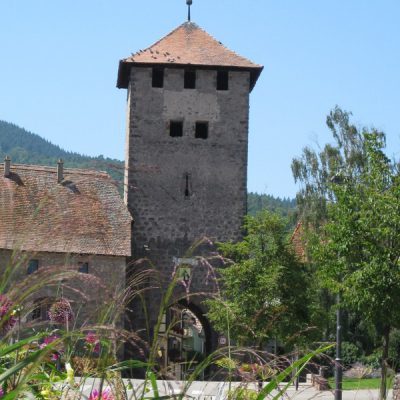 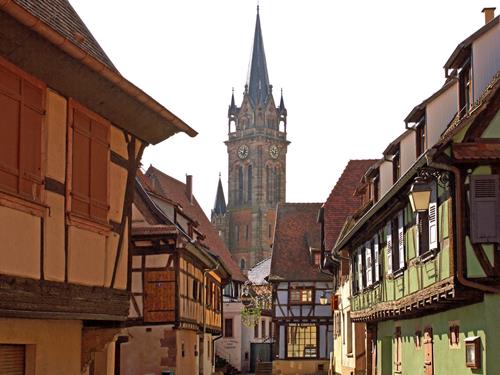 Its history trail, its tourist train and its vineyard trail, invite you to visit this fortified town. There you will... 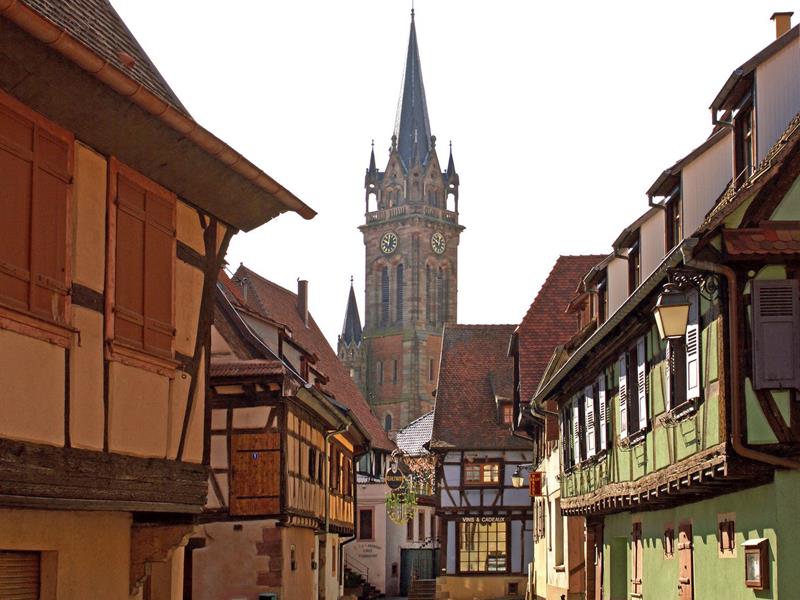 Its history trail, its tourist train and its vineyard trail, invite you to visit this fortified town. There you will find ancient houses, witnesses from all the periods of history and decorated by the coats of arms.

Crowning the entrance to Val de Villé and Val d´Argent, on its granite rock peak at an altitude of 433... 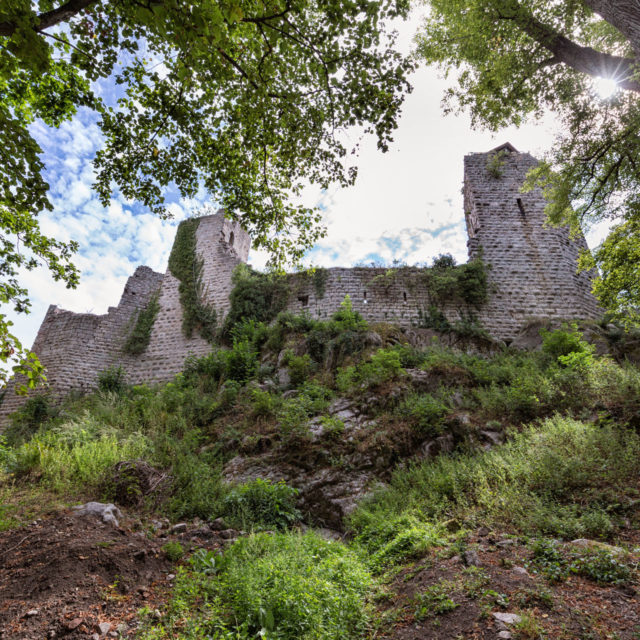 Perched at an altitude of 562 m, Bernstein Castle is one of the oldest castles in Alsace. In addition to...